The results are in! Australia’s best beer has been awarded and it’s that winning feeling all over again for WA!

Home » The results are in! Australia’s best beer has been awarded and it’s that winning feeling all over again for WA!

It’s good news for Perth and WA as the winners are revealed at the 2021 Perth Royal Beer Awards.

What do you get when a brewer turns to the mystical Unicorn for inspiration? An Unbridled Unicorn aka, Australia’s best beer, that’s what!

Who dares attempt to bridle a Unicorn anyway? Blasta Brewing Company have done it again for the second consecutive year and won the Trophy for Champion Beer but this time for their Unbridled Unicorn at the 2021 Perth Royal Beer Awards. There’s no denying now that Unicorns exist because, well, one sip and you’ll see. But it was just icing on the cake for the metro-based WA brewery who also took home the trophies for Best India Pale Ale Draught again for Unbridled Unicorn and, this year, Blasta also took home the trophy for Best Large Brewery and a total of 16 medal awards.

Let’s not discount any runners up too quickly though. Perth’s own Otherside Brewing

had an extraordinary night, also taking home 3 trophies and 19 medal awards with the Margaret River Brew House also finishing with 19 medal awards and the Trophy for Best Hybrid & Specialty Beer Draught for their Panther Cream.

The 2021 Perth Royal Beer Awards judging panel comprised of 40 experts, led by Chief Judge Will Irving, who between them, analysed 430 entries from 43 individual brewers across 104 separate classes in 21 categories. The team of stewards worked seamlessly back of house as the judges scrutinized each individual, unidentified beer scoring it out of 20 and in line with international judging criteria which considers a brews appearance, aroma, flavour, technical quality and style. 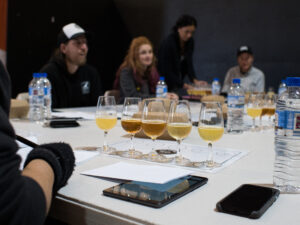 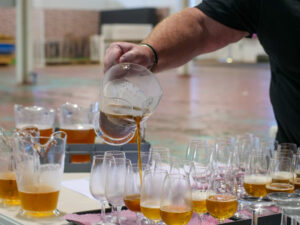 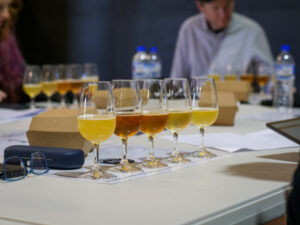 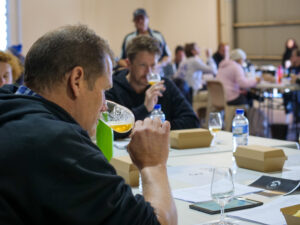 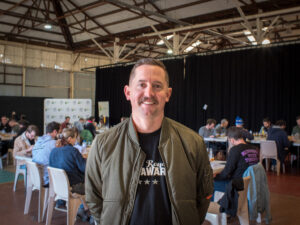 We asked Chief Judge Will Irving, prior to the June 11 awards what he thought of this year’s competition and he said it was great to see growth in the competition which is unexpected during covid.

“We had an increase of entries from last year 432 from 390. The quality has increased too with 44 gold, 124 silver and 105 bronze being awarded this year“

“Hops remain king as Pale ale and IPA made up the majority of entries. Porter and Stout remained roughly the same but there was a significant increase in reduced alcohol and sour beer in the hybrid category.”

It really was a huge result for the WA brewing community with the Trophy for Best New Exhibitor going to WA’s Bailey Brewing Company and the winner of the Best Small Brewery Trophy was Lucky Bay Brewing from the picturesque town of Esperance on the Southeast Coast of WA. But, it was old mate, Emu Export Lager from Sydney based Lion Beer Australia who came up trumps and took home the widely popular and heavily contested trophy for the Best Lager Draught.

The Perth Royal Beer Awards is part of the Perth Royal Food Awards programme, an initiative of the Royal Agricultural Society of WA (RASWA) celebrating and rewarding exceptional produce and producers from across Australia committed to supporting a viable and prosperous future for agricultural communities.

With support and guidance from independent and skilled judges, committee members, volunteers and exhibitors, the Perth Royal Food Awards continue to expand with new competitions and categories being released each year based on consumer and industry trends.

As well as having the chance to win a category trophy, entrants also have the opportunity to win Perth Royal Food Award medals including Gold, Silver and Bronze which they use to promote their win on their retail packaging, online branding and through general promotions. Next time you’re shopping for a wee bit of tipple or looking for the finest of the finest produce – look for a medal and keep supporting our Aussie producers.

Royal Agricultural Society of WA CEO, Peter Cooper said “We couldn’t be more delighted with the 2021 Perth Royal Beer Awards, as the competition continues to go from strength to strength. The Royal Agricultural Society of WA has staged and managed these Awards for many years and we are more committed than ever to see local producers – West Australian and Australia wide, be rewarded for their efforts. At the same time through showcasing their medals on produce packaging, informing local consumers of the quality of their produce.”